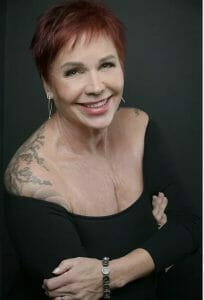 I support the following worthy causes, and I hope you will too!

People across the country are coming together to stand up for what they believe is right. Take your stand—help us as we: Defend free speech and the right to protest, Fight relentless attacks on reproductive freedom, Reform our racially-biased criminal justice system

As the largest civil rights organization working to achieve equality for lesbian, gay, bisexual, transgender and queer Americans, the Human Rights Campaign represents a force of more than 3 million members and supporters nationwide — all committed to making HRC’s vision a reality.

In this guide, Allconnect researchers take a look at available online resources, as well as address the digital divide and homeless issues within the LGBTQ+ youth community.

For the past century, Planned Parenthood has transformed women’s health and empowered millions of people worldwide to make informed health decisions, forever changing the way they live, love, learn and work.

The Electronic Frontier Foundation is the leading nonprofit organization defending civil liberties in the digital world. Founded in 1990, EFF champions user privacy, free expression, and innovation through impact litigation, policy analysis, grassroots activism, and technology development. We work to ensure that rights and freedoms are enhanced and protected as our use of technology grows.

Amnesty International is a global movement of more than 7 million people in over 150 countries and territories who campaign to end abuses of human rights.

Sex Workers Outreach Project-USA is a national social justice network dedicated to the fundamental human rights of people involved in the sex trade and their communities, focusing on ending violence and stigma through education and advocacy.

Kiva is an international nonprofit, founded in 2005 and based in San Francisco, with a mission to connect people through lending to alleviate poverty. We celebrate and support people looking to create a better future for themselves, their families and their communities.